Hell Hunt is a new retro First Person Shooter inspired by 90s shooters like Quake1, Blood, tells the story of a Demon Hunter entering hell for revenge. Lots of classic elements such as key cards, secret areas, no health regeneration, a large arsenal would be in it. Meanwhile, Hell Hunt also has a modern skill-based FPS mechanic, such as powerful attack abilities, special movement abilities, upgradable weapon systems,  etc.

I am preparing a new demo and the download page will be temporarily closed:)

I'm so glad that people are making these classical-retro-styled games!

Reply
The Mystical Forest34 days ago

It now available on steam.

No controller support!?!?!? In THIS day and age? WTF?!? Oh well, hopefully it will get fixed in the future and I can play this.

Do you have a computer? or was this posted on a phone? Because controller support needs to be made, or use software like antimicro.

Why the name change?

you should add bow and arrow

waiting for it to come back

Played the new demo for Dread Templar FIRST. Really interesting changes you made! I enjoyed it! :D

One of the best demos I've played.

This is pretty good.

I am preparing a new demo and the download page will be temporarily closed, sorry buddy

Is there one for a gb file?

Reply
i downlode stuff261 days ago

I love the speed of the game, the pace. I love how water doesn't drown you.  The weapons are dope to use. Level design and monster design are great. I like the chunky gore animation. Took me right back to my days playing Quake 2 as a way-too-young kid. It's a really good idea to make the monsters scream out when they see you since it signals to you that it's fight time.

What I wish:
1) Switching between melee and thrown katana mode was instant. I like to pop  over to give the enemy a slash in between gunfire, but if it's stuck in ranged mode then it doesn't work so well. Maybe have mouse 1 melee katana and mouse 2 immediately throw katana. It would make the katana fighting feel as smooth as the movement.

2) Pistols always loaded when you switch to them. Similar to 1, it doesn't feel smooth to switch to pistols in a desperate situation and find they need to be reloaded while you get beat on by a demon. Maybe that would make it so you could kinda cheat the reload by switching to another weapon then back to the pistols, but I don't think most people would do that even if it was faster because it would feel weird to them.

3) This isn't important as 1 or 2, but I would like to see more personality from the monsters. I loved in Quake 2 how the monsters had little personalities. The big guys moved with swagger, the little guys cowered, etc. I feel it with the yellow gunners (they seem more sneaky than the melee guys) so I'd love to see more of that with future enemies.

Only played the demo and I love it :')

First time I played this game a while ago I was unable to finish the second level because I got lost. Tried to replay the demo today and I see some added roadsigning and the ladder in the first level was also adjusted but I'm stuck just the same going back and forth. after I got to the gate in prison that require the yellow key I wasn't even able to find my way back and I was running in circles for half an hour before I found a way to the start of the level. I rarely have this much problem finding my way in similar games. It doesn't help that elevators and seem to be designed to work only one way - especially the long one - when you're up and want to get down you will fall down the shaft and then it will lift you back up before you;re able to walk out... this needs to get fixed because it signals that going back is the wrong way to go.
I found bunch of new secrets but I was not able to find a way to progress - means that's something is wrong. replayed for the third time just to be sure. I scavenged every inch of the level and the underwater sections and when I get to the yellow gate I'm stuck with no way to go.

I watched a playthrough and it looks like there's a door that looks like a regular metal wall with no indicator that it can be simply opened and it doesn't look like any other interactive object in the game. I think that's the culprit. also I saw a gate that can be opened only from one side - again no visual indicator that it's the case. You should make all interactive doors be visually obvious - unless it's a secret. Also there are certain levers in the level that when I flip them I have no idea what they did - this also should be addressed.

In other news - katana primary attack works much better now

also - rebinding keys has no effect

i think that the revolver is op

Great level design, may I ask, what is your usual work-flow of designing levels?

and will be a awesome

I love this style of game ! thank you !

Really nice demo ! The artstyle & animations are really neat :p
My only complain is it's easy to miss a jump  from a ledge and it can be frustrating. I recommend you to check about "Coyote time jumping" since it could fix this issue.

Great game. It is super fun and the guns are awesome. Congratulations!

Damn this environment art is insanely good and once the gameplay get's going it's really fun. The only thing close to a complaint I have is the shotgun and the revolver are so much more fun than the dual pistols I wish you got them a little earlier on. I'm really excited to see how things progress and I would personally love to see your art process or maybe a tutorial on  how you make textures...

Would be great to see a Linux version. Will try the demo and Wine and see if it's playable.

Add some phrases to hero like "COME ON GIRLS LETS DANCING" and more weakly nearest range enemies. For more fun and flesh!

Thanks for the suggestion.

1. Will get something new about the cooldown about the throwing katanas in the future:)

2. Deflecting projectiles is good idea, I will put the ability in my head, thanks for the suggestion!

Thanks for your recommendation bro!

Okay, I noticed some issues with your game. I'll try my best to articulate them.

The map design is much too claustrophobic for moving at these speeds, making it extremely easy to miss all of the nice details in the map and get caught up on level geometry. Mostly frustrating.

2. The dash seems pointless and overpowered

I feel as if the game only suffers from including this feature. The map layout has optional gaps that aren't traversable without using it. Gaps that could easily just be shortened or covered with a bridge. Taking the dash out of the game wouldn't change much in terms of fun factor because it's only situational at best in its current state. Additionally, the enemies are incredibly easy to dodge if you dash out of the way, (Even on the hardest difficulty)  so fights turn into a war of attrition very quickly with mostly backpedaling.

It's a cool concept, but in practice, it's incredibly hard to engage because the enemy heads are so tiny, With that, There's not much benefit to using it, since the guns are already so effective. Instead of giving it to the player right at the start of the game, perhaps it should be in the last quarter. I don't know. It just seems out of place.

This one is a bit difficult to describe but, when coming down from a jump, you have little to no momentum once hitting the ground. It's incredibly jarring since you can't air-strafe, and build up speed like in Quake or source games. This one would need more testing if you decide to lower the player speed as well.  If there was a gradual increase which slowly brought the player to max speed, then that would feel so much nicer.

There are way too few textures for enemies. I suggest making more variations. Additionally, the enemy sounds are all the same per type. Should have more variation to prevent it getting boring.

1+2. because of the game main design core, and the charactor is a demon hunter, so the charactor moves fast and has some movement abilities. When you use dash proficiently, it is really easy to dodge enemy attacks, which is also a core of the design. On the other hand, for balance, the cool down mechanics was added. As the game progresses, dash will help you deal with more difficult enemies.

3. The bullet time mechanics will get more reward in the future:)
4. Yes, will do this part later.
5. Upcoming more enemies.

Thanks for playing the demo and the feedback!

I love how you're actually taking feedback to heart unlike most developers, good job my dude

Thanks! This can really make the game polished better

Great game, would smash again, I can't wait for the full version.

sorry for this but,¿any cheats

Sorry, no cheats for now

Will HH become available on GoG when finished?  i kinda prefer it there for i see it being looked upon with fondness in the future.

Beautiful game regardless. may it continue on its path to become one of greatest retro games (along with the venerable Dusk and gorgeous Amid Evil), it certainly seems to have very good start with the demonstration here.

Yep, releasing on GOG is in my plan. Hope that everything is on the right track. Thanks bro!

I totally agree with you! This game on GoG will be an instant buy!

I've played the demo multiple times now and I almost can't get enough of it! :D

Thanks for the video, buddy! 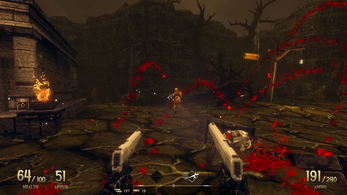 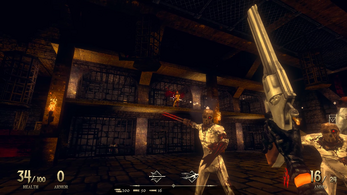 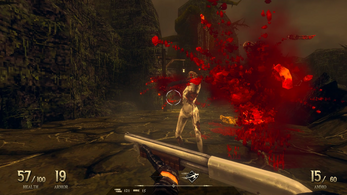 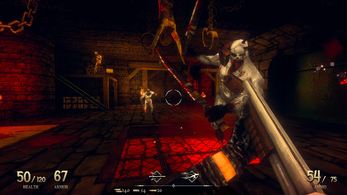 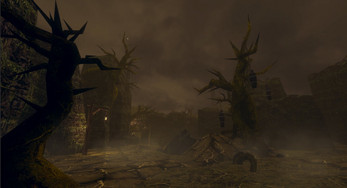 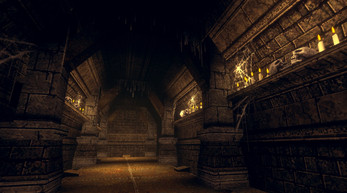 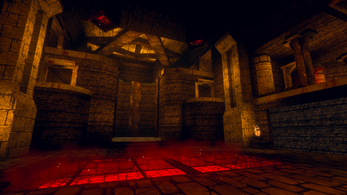